Host Rick Howick welcomes Ellen Roy to the studio for today’s discussion. Ellen is the Executive Director for Catholic Charities of Orange County. She shares about her fascinating background; and, about some of the incredibly important work that happens every day. This ministry is an absolute lifeline to so many.. Catholic Charities of OC!

On this podcast, Deacon Steve Greco welcomes some folks who have traveled a great distance to reach our studio today. How does 7000 miles sound to you?

Sr. Neseta Vargas is the Mother General of the Augustinian Order.  She works tirelessly in the area of education in her native country of the Philippines. Our other guest is Fr. JP Alvarado from the Ministers of the Infirm.

Our discussion centers around the street kids they minister to each day; and, how you and I can lend a helping hand from where we are.

LOS ANGELES (CNS) — The Archdiocese of Los Angeles has started a fund for victims of the wildfires that have raced through the archdiocese and were threatening to spread to locations in the nearby Orange and San Diego dioceses.

“Friends, as the wildfires continue, the needs of our neighbors continue to increase,” said Archbishop Jose H. Gomez of Los Angeles on the archdiocesan webpage that hosts the fundraising campaign, https://tinyurl.com/yaa4qlu2.

In a Dec. 8 statement from Washington, Cardinal Daniel N. DiNardo, president of the U.S. Conference of Catholic Bishops, asked prayers for all those in danger, “both those whose homes are in the fire’s path and those courageous first responders and firefighters who are putting their lives at risk.”

The wildfires, which have stubbornly resisted most efforts to be reined in by firefighters, have hit Los Angeles, Ventura and Santa Barbara counties in the archdiocese.

This is the second set of wildfires to have hit California this fall. Wildfires burned thousands of acres in the Sonoma and Napa areas in the northern part of the state in October, killing 31, scorching more than 128,000 acres and causing an estimated $3 billion-$6 billion in damage.

The Southern California series of wildfires had passed the 150,000-acre mark within four days of their starting Dec. 4. As of the morning of Dec. 8 local time, no fatalities had been reported despite the density of population in the region.

Four counties have already declared a state of emergency.

Archbishop Gomez on Dec. 5 called for prayers for the well-being of families, firefighters and rescue workers “facing devastating fires and high winds” in the wildfires.

“May God keep them all safe and put an end to these fires!” the archbishop said in a message sent via social media channels and posted on the archdiocesan news site, angelusnews.com.

On Twitter, Los Angeles Auxiliary Bishop Robert E. Barron said the fires in Ventura County, which is in his pastoral region, had alone forced 30,000 people to evacuate.

“Join me in praying for all the evacuees, firefighters, officials, and everyone helping to subdue the flames,” he tweeted. About 1,000 firefighters were working to contain the wind-driven flames.

Called the Thomas Fire, it is the biggest of the wildfires being stoked by dry conditions and high winds. Among the evacuees in Ventura County were students and faculty at Thomas Aquinas College in Santa Paula.

In a message posted on its website and on Twitter, the Catholic college expressed “deep gratitude for the prayers of its many friends and for the heroic firefighters who battled all of Monday night (Dec. 4) to protect the Santa Paula campus.”

The college canceled classes for the rest of the week as roads had been closed and power was out in some communities. “The college is hopeful that it will reopen in time for final exams next week,” the college said in a Dec. 5 statement.

Students from California who had transportation were considering returning home for the time being; others planned to remain at the homes of local friends and faculty.

On Aug. 24, the earth shook violently in Central Italy. A magnitude 6.2 earthquake struck, causing buildings to collapse and roofs to fall as people slept. The town of Amatrice was among the cities hardest-hit. Nearly 300 were killed and almost as many were hospitalized with serious injuries. Thousands are now displaced; their homes destroyed. The entire town must be rebuilt and the people of Amatrice must be cared for now, and for the immediate future, until they can rebuild their city and their lives.

To help the town of Amitrace recover, the Diocese of Orange is hosting an Earthquake Relief event on Friday evening, Oct. 14, at the beautiful Christ Cathedral. All proceeds from the fundraiser will go to Catholic Relief Services, the organization that is providing resources and services to the earthquake-stricken region.

Leading the Earthquake Relief event are Diocese of Orange Bishop Kevin Vann and L.A. Archbishop Jose Gomez, as well as other prelates, who are calling on the faithful to attend the fundraiser that will ultimately bring relief to those suffering in and around Amatrice. Bishops from several areas across the country are supporting the effort and people from all over are invited to donate to the cause.

“Bishop Vann suggested the fundraising event,” said Diocese of Orange Chancellor Shirl Giacomi. “He was inspired by an article he read by John Allen, editor of Crux. Bishop Vann contacted John and he was eager to be a part of this, along with Ines San Martin, a writer covering Rome for Crux.”

Giacomi described the devastation in Amatrice. “The villages were destroyed and the survivors are living in tents,” she said. “This area gets very cold and winter is fast approaching. Housing has to be found, which is costly and scarce when disaster hits a whole area (rent assistance will be needed), temporary shelters will need to be erected for those that cannot find permanent housing. Everyone in the tightly knit village of Amatrice lost a family member or knows someone that died. Many more children than usual were in the village, because that weekend was a celebration marking the 30th anniversary of their famous sauce, Amatriciana. Parents had brought their children “home” to visit the grandparents. I’ve heard courageous stories of older folks laying their bodies over the younger ones to protect them from the falling debris. One story was of an 11-year-old girl who laid her body over her younger brother, a toddler, to protect him. The little boy lived, but the 11 year old died.”

Acclaimed journalist and author John Allen and Crux Vatican Correspondent Ines San Martin will be featured at the Earthquake Relief event. Allen will serve as emcee for the evening and San Martin will be speaking on “A view of the quake from Rome.”

The evening will include a pasta dinner served with Amatriciana sauce, a sauce that originates from the region of Italy stricken by the quake, and prepared by Anaheim White House Chef and Owner Sir Bruno Serato. When asked to be a part of the event, Giacomi said, “Bruno responded with an enthusiastic, ‘Count me in!'”

Serato is supplying all of the food for the event.  His menu always includes the famous Amatriciana pasta from Amatrice. For this event that dish will be prepared, but just in case someone does not eat red sauce, there will be a white sauce over pasta as well, said Giacomi. Serato’s friend, Maria Elena Infantino, an award-winning international singer, born and raised in Italy, has also volunteered her talent for the event. And Elysabeth Nguyen, of Custom Design Wines, will be supplying all of the wine. Attendees will be able to purchase a bottle of fine wine with a special label designed just for the Earthquake Relief event.

“It seems that everyone that was asked, just stepped up to be a part of this effort,” Giacomi said. She added: “There are so many tragedies in our world and sometimes we just feel like we’re alone; that we can’t do much. St. Teresa of Calcutta said, ‘If you can’t feed hundreds, then just feed one.’ Coming together, we can make a difference. We can demonstrate our solidarity by sharing a meal or making an online donation. All of us together will give hope to a people terribly wounded and broken. And that is no small gift!”

Tickets are available online through www.rcbo.org/earthquake. Single tickets can be purchased at $50 each and a table of 10 for $450. Donations are also being accepted. 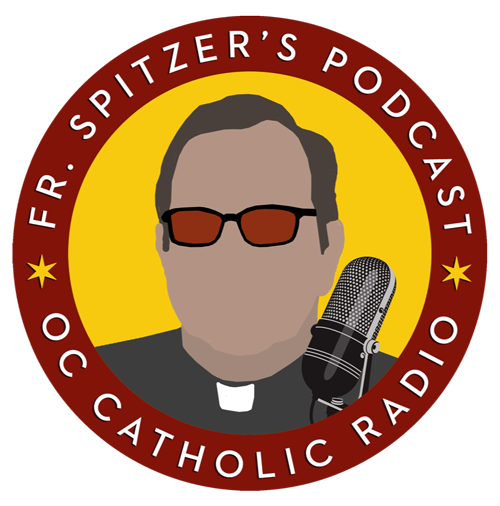